Boise, Idaho is a growing city in the middle of a rural state. Craft beer, food, and culture are taking over, but the history of the city is just as interesting. Boise is home to the largest Basque population outside the Basque country, and if you look hard enough, you can see plenty of Basque culture, especially at the Basque Block, Boise’s most historic downtown block.

There are around 57,000 Basque Americans living in the United States, and around 16,000 are in Boise — the largest concentration of Basque Americans in any U.S. city. The culture is evident within the city, with even the mayor claiming the heritage. Parents send their children to Basque language schools and the Basque block is a symbol of the history of the culture in Boise.

Here are our tips for experiencing the Basque culture while you are in Boise, Idaho: 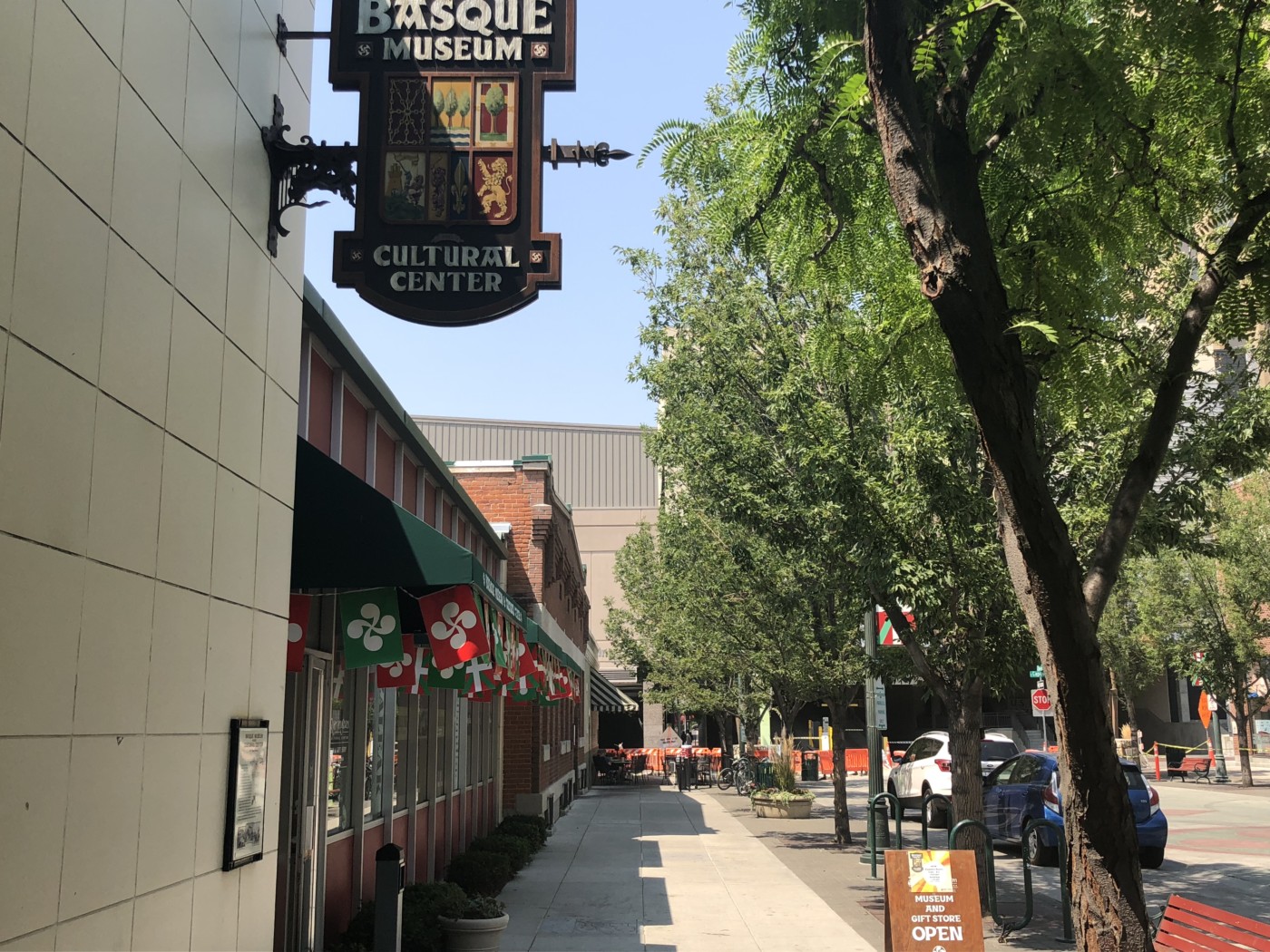 Many Basque people came to the west as herders, and their stories are interesting to hear. You can learn about how they have preserved the history of their culture while still raising their children in America.

The Basque language is one of the oldest in the world, and Basque children in the region are still learning the language, while also learning the culture of their ancestors, including dance, games, and history. 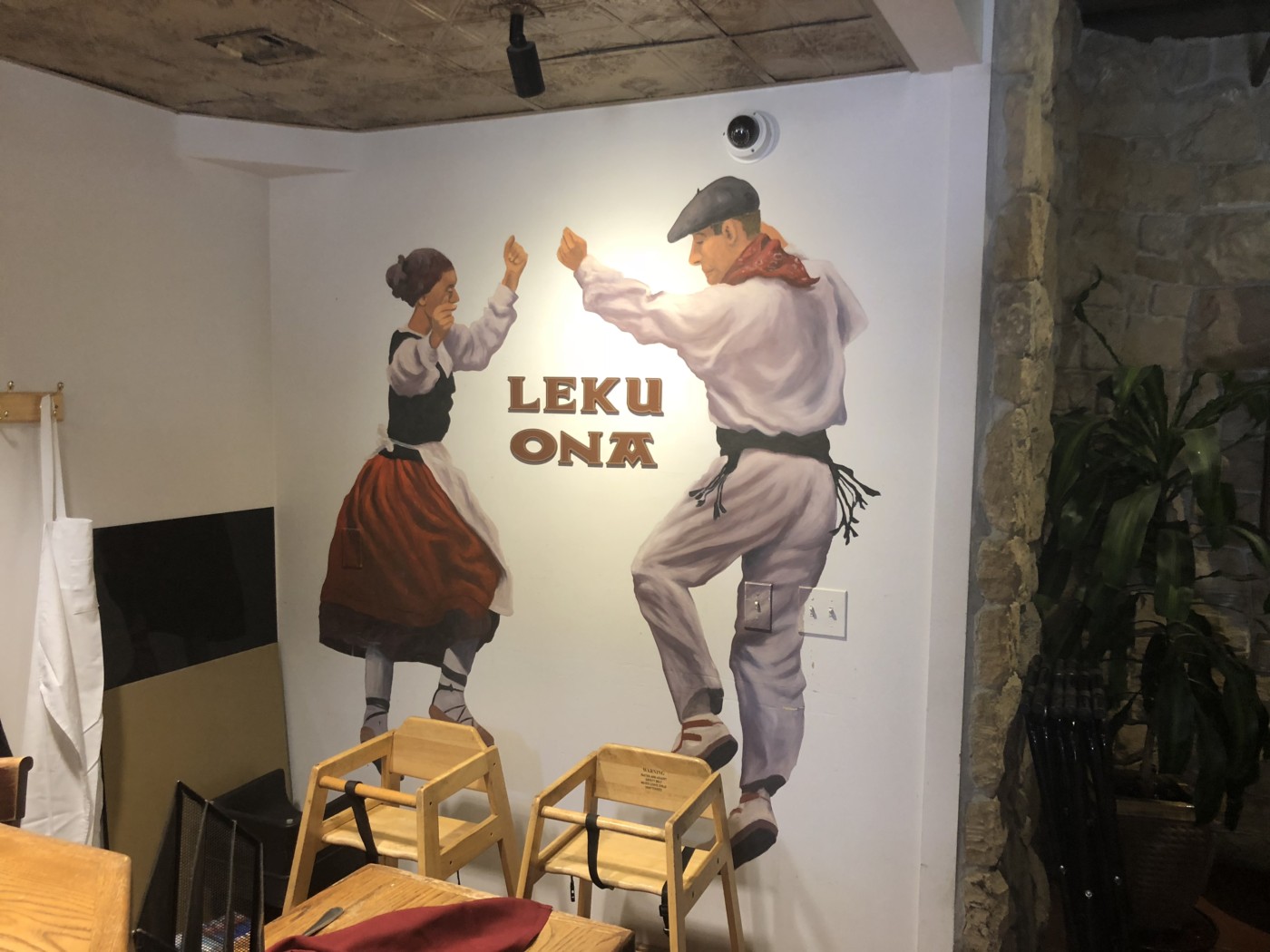 There are a few restaurants on the Basque Block Boise, and Leku Ona is one of them.

With beautiful finishings on the inside, a deck outside, and hospitable staff, Leku Ona may be one of my top suggestions for Boise restaurants.

I was assured this was not a stupid question, but last time I was in there I asked if they had Basque beer, and they said it was not a thing (I am sure there is some Basque beer out there, but apparently it’s not what they are known for).

Leku Ona features Basque bands on a regular basis and is a staple on the Basque Block in Boise. 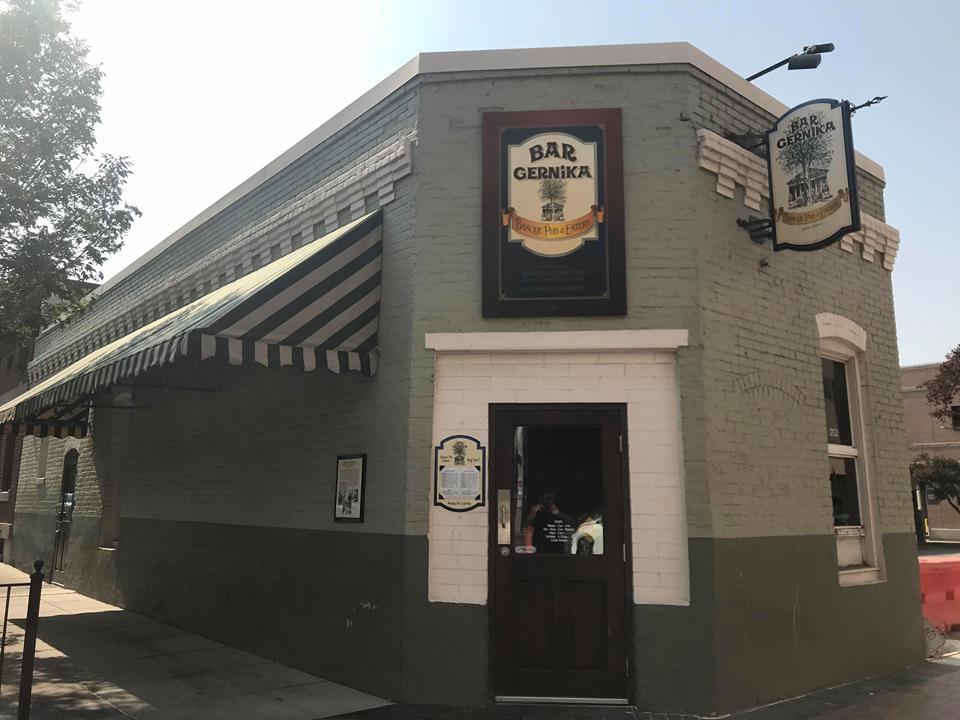 If Bar Gernika sounds familiar, it may be because it was featured on the Boise episode of Diners, Drive-Ins, and Dives. Guy Fieri tried this restaurant, and even ate some beef tongue!

7 Fun things to do in Boise, Idaho

Bar Gernika also has amazing Basque food and culture, and is on the same block as Leku Ona (why not try both?).

My suggestion: try the croquetas — because who doesn’t love fried cheesy potato? 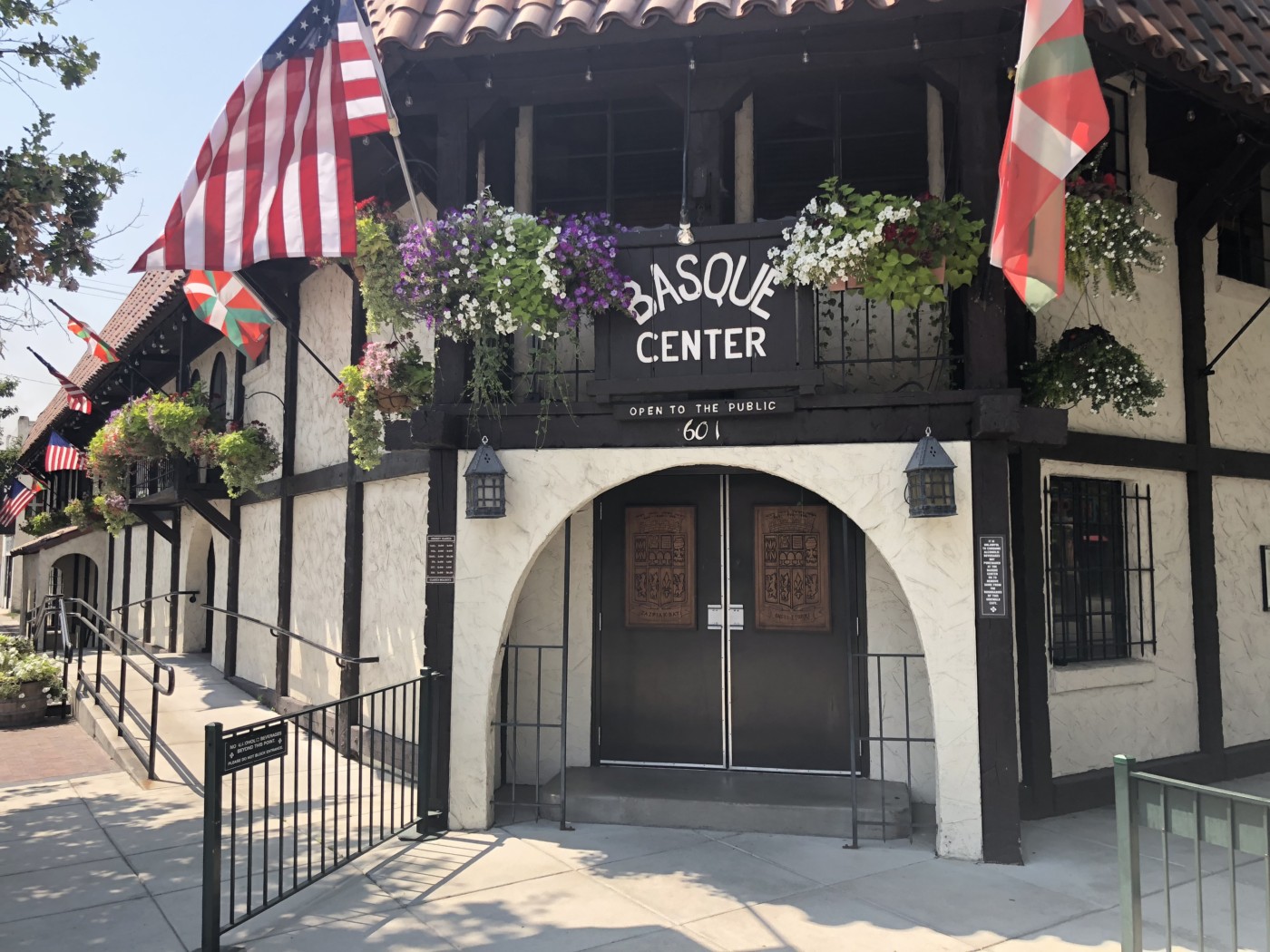 The Basque Center is sort of a community center for the Basque community in Boise, but is open regularly to the public. The Basque Center, or Boise Euzkaldunak, is a non-profit that promotes Basque culture in city and state.

According to their website, it is “a social club and gathering place,” and supports Basque dancing, events, and gatherings.

As a 20-something living in Boise, I would go there with friends because they had great people, a great environment, and super cheap drinks. Although I’m not sure if the last one is still true, the first two undoubtedly are.

Take a chance on the Basque Center, some of the friendliest people you will meet will be there, and it may be the best time you have while in Boise. 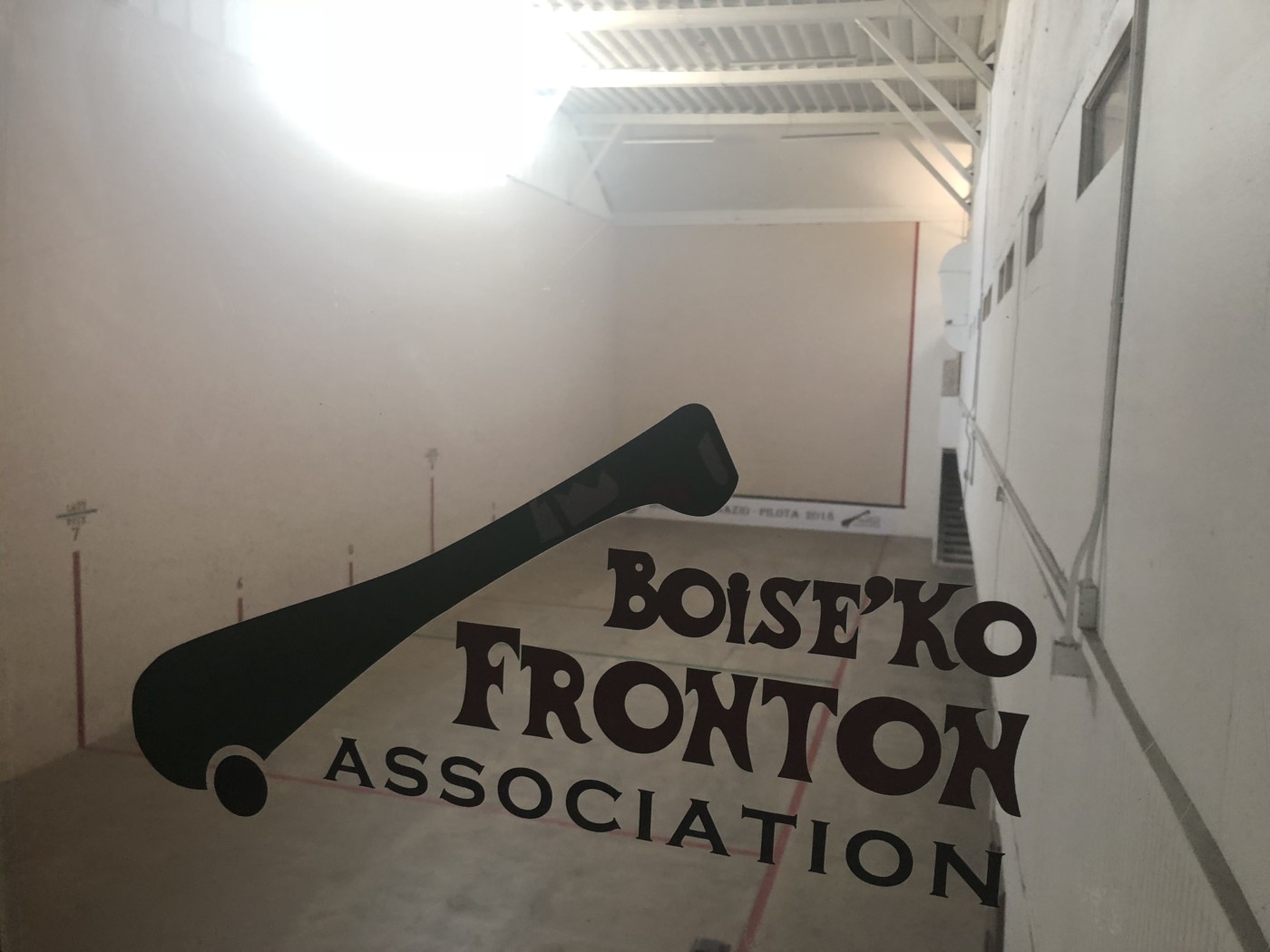 When visiting downtown Boise, you wouldn’t imagine there is a full-size sports court beneath the city — but there is one under the Basque Block.

While it may not be open to the public, if you take a tour from the Basque Museum, you will likely be shown the Pilota Court beneath the Basque Block Boise.

The court is still used for Pilota, Basque dancers and lessons, and other assorted events.

10 Breweries in Bend, Oregon you have to visit

Another interesting thing to remember is when you are being led into the Pilota Court, the building was once a boarding house. While the court is now enclosed, it was once an open air court.

Boise is also home to a number of other Basque festivals, the largest being Jaialdi.

Jaialdi only happens every five years (it means “festival” in the Basque language). The festival features dancing, musical performances, sporting events, food, and drink. Jaialdi has been celebrated since 1987, and then every five years starting in 1990.

The event is held during the annual Basque festival, the San Inazio Festival. The next Jaialdi will be held from July 28, 2020 through Aug. 2, 2020.

The San Inazio Festival is held each year during June and is a 3-day festival on the Basque Block. Boise loves to celebrate their Basque culture, and San Inazio is the best time of year to do this. There is food, history, culture, and of course dancing.

A tip: While visiting the San Inazio Festival in Boise is incredibly fun in the daytime, it’s 10x as fun at night. The drinks begin flowing, the food is still delicious and the Basque spirit comes out (and the dancing begins!). If you are planning a trip to Boise, consider the end of June so you can see the San Inazio festival on the Basque Block in Boise.

At most Basque gatherings and events (and many non-Basque events), you will find the Oinkari Basque Dancers dancing.

The dancers began their troupe in 1960, when a group of local Basque dancers traveled to the Basque country to learn more about the dancing from their heritage.

When they returned to Boise, they started the group and they have been teaching generations since then.

The Oinkari Dancers include men, women, and children of all ages. Any event with the dancers is such a treat, so make sure to look up their schedule next time you’re in Boise. 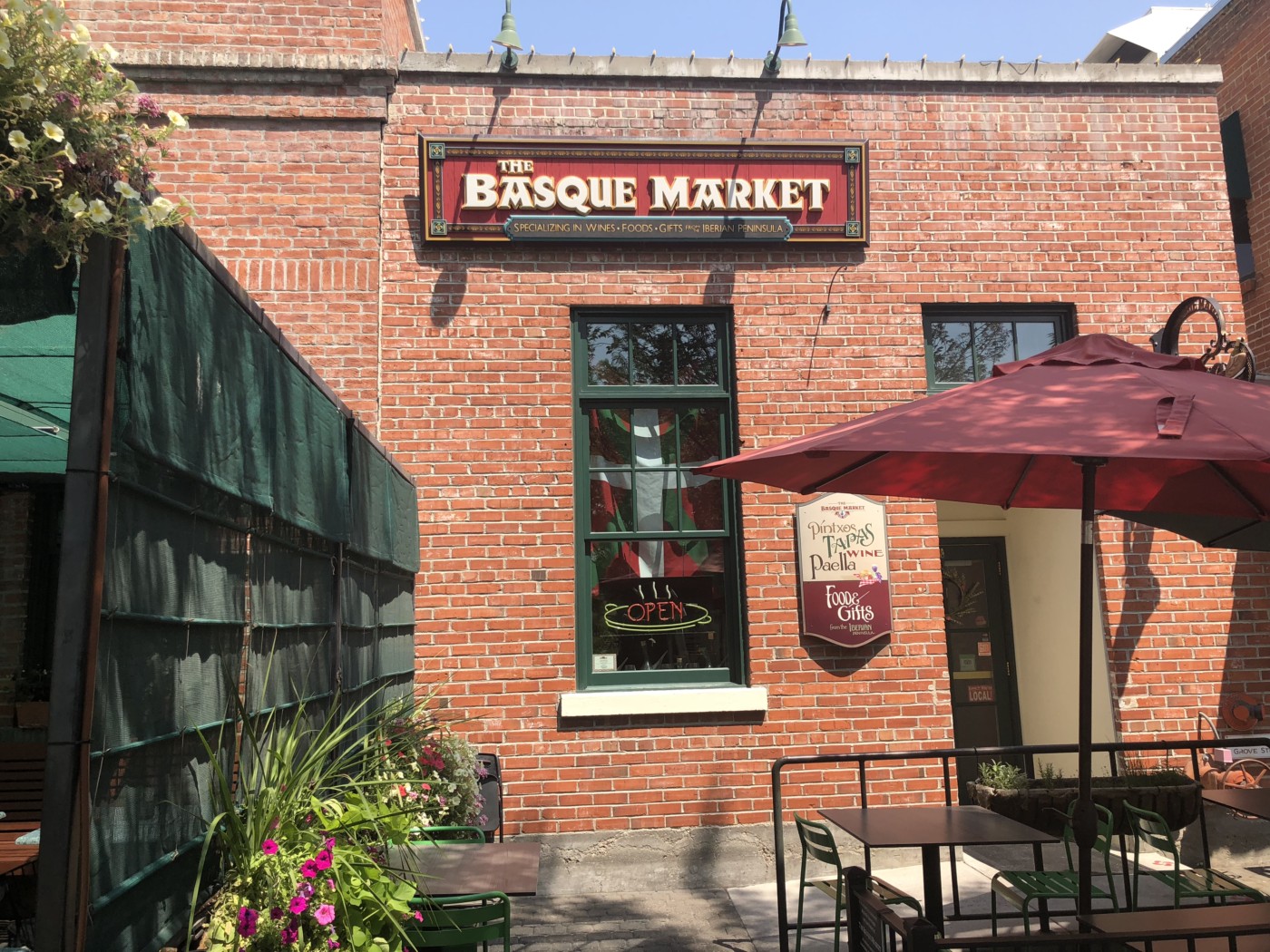 The Basque Market has been located in the Basque Block since 2000, and does catering, parties, weddings, and other events.

They also prepare large amounts of paella every Wednesday and Friday at noon on their sidewalk. The Basque Market also features tapas/pintxos, cooking classes, and a large amount of Basque and Spanish wines.

Any event on the Basque Block will usually include the Basque Market in some way or another — but it generally involves food, which makes it amazing. 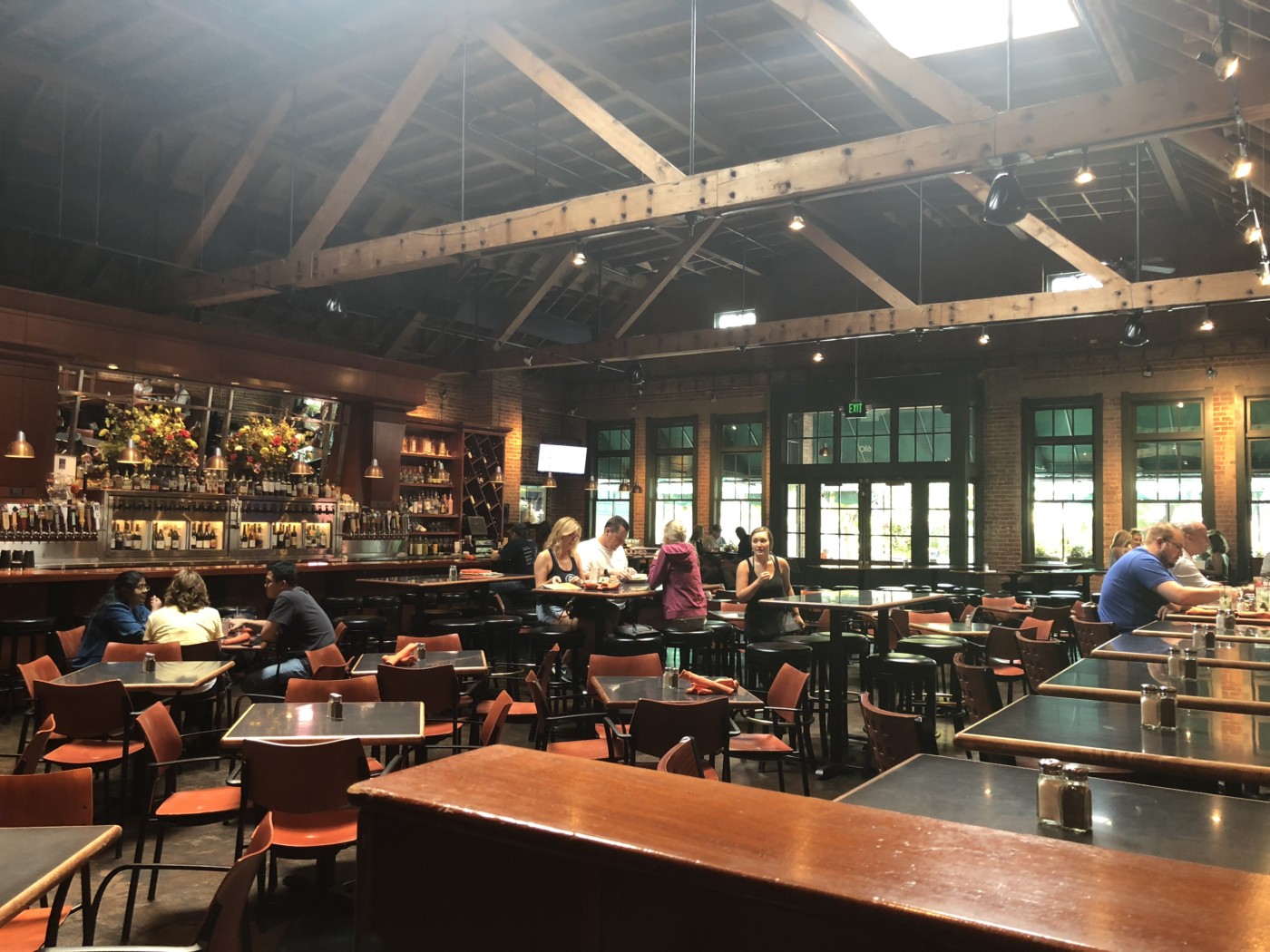 We are including Bardenay only because it is located very prominently in the middle of the Basque block, but they are not a Basque-run restaurant.

That being said, the restaurant is one of my favorite in town and worth a visit, and they distill their own liquor!

Whether you are Basque or not, or know anything about the Basque culture, visiting the Basque Block on your next visit to Boise will be a life-changing experience.

From the immigrants that moved to the United States decades ago to the culture that still exists today, Boise is truly a unique place when it comes to the Basque culture.